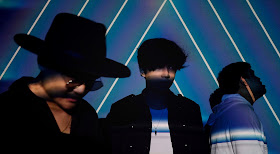 Plumbing greater heights with pulsating synth melodies and cinematic flourishes, the indie rock trio’s maiden song evokes the hallmarks of a generation who grew up on Back To The Future and Dungeons and Dragons, while setting its sights on darker, more subdued production.

According to Eon Buendia, the song revolves “around the idea of separation and someone comparing themselves, thinking they're nothing but a burden on their partner who seems to be of importance.”

Drummer and co-songwriter Moon Cairo Peralta also shares the reason behind their latest song: “It’s called ‘12:00 (Midnight)’ because midnight for us signifies that odd time between the day before and the next day to come. The time where everything around you seems calm which gives way to the anxiety that comes crawling in. It talks about starting may be right back where you started from or anew even if you have no idea it’s already started.” 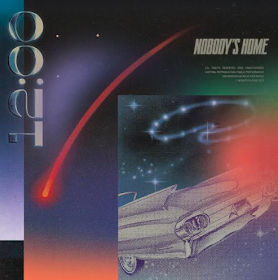 “12:00 (Midnight)” started out as a gauzy instrumental piece produced by Moon Cairo Peralta. Cairo points out, “I was inspired by listening to a lot of the bands who used synths in the 80s. With writing Midnight in particular, I wanted to incorporate synths that’ll establish the overall mood and groove of the production.”

The young musician sent the track to Eon Buendia, who wrote the lyrics and melodies, and to Justin Punzalan, who added guitar lines that according to him, “were placed in a way that it would complement instead of overpower not just the vocals but the track itself.”

The end result mirrors the three-piece collective’s thrilling retro-futurist experimentation, while careful not to sacrifice the incredible pop sensibilities that define their signature sound.

“12:00 (Midnight)” is their first single as an artist under Sony Music Philippines. Eon stresses that the band is very excited and looking forward to working with the major record label. “We feel that at this point in our lives, we should grab every opportunity for us to showcase our talent and message through a platform everyone is familiar with.”