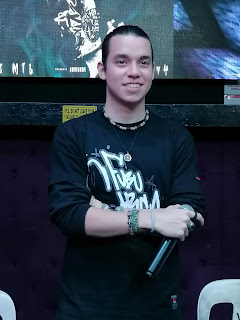 "On his song "Panalo" (Win), he encourages everyone to be proud of who they are, no matter where they are from and where they currently are. On this Wish Bus jaw-dropping performance, Ez Mil raps in 3 different languages English, Tagalog (Filipino) & Ilocano."

DU4LITY, produced and engineered by Ez Mil himself, strikingly showcases the musician's versatility as he bounces between languages, changes flows, and effortlessly floats over beats. Filled with everything from repentance, to love, to heartbreak to hometown pride, Ez Mil paints an intricate portrait of his life in the Philippines that highlights Ez Mil's unparalleled genre fluidity and reveals a more mature, refined musician. 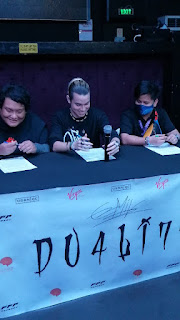 The latest 10-track project is a continuation of his first album, released in 2020, Act 1. Where Act 1 envelops Ez Mil in a haze of darkness, DU4LI7Y sees him emerge from that darkness back into the light as he returns to both his roots and to himself. "It's a cluster jam of genres, shares Ez Mil. "As a musician, it's the most challenging project I've attempted yet, and this is just the beginning. I'm sharing my stories using all the musical genres - like an audiobook or even audio movie if you will. I choose to not be stuck in a box, to share my story with you, whichever genre to match the emotion at that moment."

The opening track "Rapture" picks up where Act 1 left off, with his growly-voiced, deathcore alter-ego with ripping guitar riffs and beating drums. "Can U Keep A Secret?" is a Michael Jackson-inspired track with jazzy instrumentals where Ez Mil describes his mother rescuing his family from familial strife. The synthy "Spining" sees the rapper vent about living a life without his father over a "spinning" two-chord melody from the bottom of his spine, and from the depths of his soul. Where "Up Down" mixes a futuristic beat with old school rap, "Greed" spins into a hip-hop, light-hearted love song to bring listeners fully out of the darkness and into the light. The final track, "Will You" is a grandiose, string-filled, choir-esque ballad that shows Ez Mil's growth as the musician is unafraid to show his devotion to his loved ones and above all, remains true to himself. 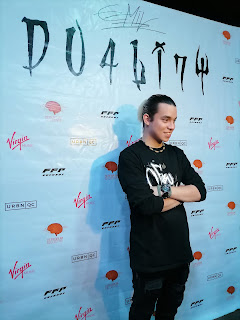 Along with the release of the album, Ez Mil has shared the heartfelt, R&B-leaning "Ridin' With The Moonlight" and its accompanying official video. The track reveals a softer, more sensitive side of the musician where his smooth vocals take the lead, unlike many previously released singles. The video features the story of a creature's diary.

"27 Bodies, "the most recent single from DU4LI7Y and its official music video is Ez Mil's take on putting his own instrumentals to his "24 Bars Challenge"-which racked up more than 7.9 million views on his original YouTube upload-with a twist of speaking truth about societal failures. "27" is his favorite number and "bodies" represents victims of societal brutality. On the new single, he says, "I hope my track enlightens people, or at least make them critically think and be aware of our society. Let's not get blindsided with the good and be ignorant with evil." "Dripping with audacity and braggadocio, "writes NME of the track. Ez

"gets real in the second half, unloading his frustrations on never-ending cycles of poverty and the manipulation of fake news." "27 Bodies" follows the previously released ode to the Philippines, "Dalawampu't Dalawang 00 (2200)," and an official music video quickly followed. Rapped in Tagalog, the national language of the Philippines, the track pays homage to his hometown, Olongapo City. Philippines, and served as an apt segue into his most recent tour of his home country. For the first time ever, Ez Mil performed to legions of fans live across the Philippines, and will be concluding with an unforgettable show in his hometown on August 13 at Subic Gym, then will be coming to London in October." 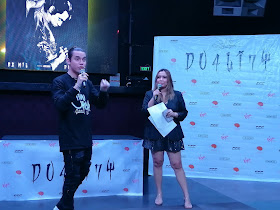 DU4LI7Y's explosive first single, "Re-Up," was his first of 2022, and highlights his aggressive vocal style and ability to expertly turn any beat into his own as Ez Mil seamlessly switches back and forth between Tagalog and English providing listeners with verses in each language.

Recently, Ez Mil appeared on the famed Apple Music radio show, the Charlie Sloth Rap Show, which has featured everyone from Drake to Stormzy to Migos. The impressive Fire in the Booth episode and on YouTube, gives listeners a new opportunity to witness Ez Mil's effortless ability to perform on the spot and brilliantly weave in and out of Tagalog and English. In 2021, Ez Mil made a major splash with his hit song, "Panalo," performing it on Wish Bus USA, a video that has since garnered almost 71 million views. Ez Mil then released a special version of the video, celebrating boxing icon and Filipino Senator Manny Pacquiao. Ez Mil then appeared on LA's Power 106 last year, where he performed an emotionally-charged freestyle nodding to Nipsey Hussle and YG. Notably, he boasts 1.1 million likes on Facebook, over to 757,000 subscribers on YouTube, and over 372,000 followers on Tik Tok.

DU4LI7Y, the second studio album from Filipino phenom Ez Mil is out everywhere now via FFP Records. The 10 track project, engineered and produced by the musician himself, firmly establishes the artist as one of the most promising of his generation. From production, to engineering, to writing, and using passionate, hard-hitting delivery, Ez Mil brings listeners into the ethereal universe he's built as he defies borders and blends genres. The newest single, "Ridin' With The Moonlight" and its official video are out now. Keep up with Ez Mil on Instagram, Facebook, and YouTube and stay tuned for more from the rising musician.

02. Ridin' With The Moonlight