"The Invitation" -- Horror Told From a Female Perspective 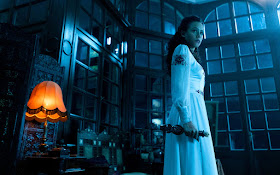 Watch the film’s trailer at https://youtu.be/cHF2a2XZxUk

Thompson made her feature writer-directorial debut with The Light of the Moon, which won the Audience Award for Best Narrative Film at SXSW. The film holds a 97% Rotten Tomatoes score, with critics calling it "harrowingly effective" (Variety), "honest and complex" (The Hollywood Reporter), and Film Inquiry stated that "for any filmmaker this would be an unmitigated triumph, but for a first-time filmmaker this is revelatory."

The Invitation gave Thompson the chance to work in the horror genre which was irresistible. “I grew up on horror, on thrillers. They are sacred to me,” she says. “I always wanted to make a horror movie told from a female perspective.”

The Invitation centers on Evie (Emmanuel), a struggling artist in New York.  After the death of her mother and having no other known relatives, Evie takes a DNA test…and discovers a long-lost cousin she never knew she had. Invited by her newfound family to a lavish wedding in the English countryside, she’s at first seduced by the sexy aristocrat host but is soon thrust into a nightmare of survival as she uncovers twisted secrets in her family’s history and the disturbing intentions behind their generosity. 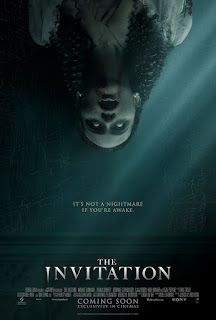 Thompson says her favorite and most challenging scene was the rehearsal dinner, where the true motivations of the hosts are revealed. “It starts off as a beautiful, sumptuous ball, and then halfway through, the penny drops. In that sense, it was like making two scenes in one: the beauty is covering a nightmare boiling under the surface,” Thompson explains. “All of the decadent food is actually rotting and melting and dripping, the incredible chandelier is actually made of antlers and skulls. Among the characters, there’s so much to capture: Evie’s emotion, as she’s realizing the true horror of what’s happening to her, so many looks from the guests, so many nuanced beats. It was a three-day shoot to get it all – so that was the hardest scene but also the most rewarding one, because I think it’s one of the best scenes in the film.”

“It begins as a masked ball, beautiful and decadent and transformative,” says producer Emile Gladstone. “Evie walks in, beautiful, wearing her red dress and her gorgeous mask, and she is sitting next to a man who she’s recently fallen in love with.  She’s never felt more at home or surrounded by family with a solid man in her life.  And then, halfway through the dinner, it all turns. And what’s beautiful turns nightmarish.”

In cinemas across the Philippines August 24, The Invitation is distributed by Columbia Pictures, local office of Sony Pictures Releasing International.  Connect with the hashtag #InvitationMovie 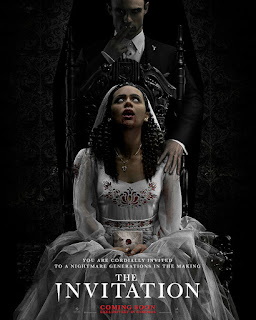