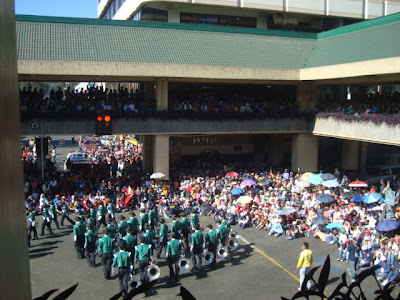 Like I promised, aside from having a good time with my friends here at Baguio City, I also find myself blogging about the Panagbenga Festival. Its my first time to see the festival and very excited what will be the experience of joining the parade and festivities filled with colorful and fragrant flowers plus the cold temperature of Baguio. 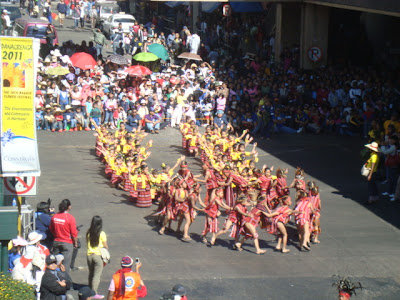 Though it might have been years since I visited the city, I used to go here when my family lived in La Union. And development has come a long way for the City of Pines. Though there is always the problem of traffic, pollution, etc.

Hi! I'm here at Bagiuo city with my high school friends for our annual outing. And the juicy part is its Panagbenga Festival! So I'm very excited on the things that will happen tomorrow, we are resting after the long journey. It has been years since I was here. Also the house were staying has a beautiful view and cool amenities.Now I'm very excited with the things will do tomorrow! 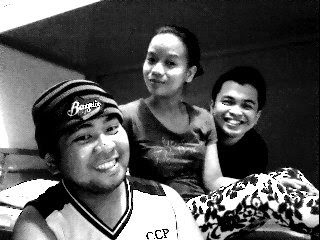 Sadly just this sunday my Lola Juana died due to complications and now lies at Arlington Memorial Chapel. Interment will be on February 24, 2011 at Eternal Gardens. Beside her will be my dad and uncle. I thank all the people who already sent their condolences. I hope that she is finally at peace and free from all her pains. We will miss you Lola!
By FPJ jr - February 21, 2011 No comments: 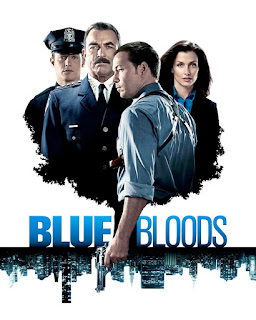 "CBS's 'Blue Bloods' is one of the best new series of the fall season…solid and satisfying"
St. Louis Post Dispatch

AXN, Southeast Asia’s No. 1 international channel, is excited to be the first in Asia to premiere Blue Bloods and a special press screening will be held on Thursday Feb 17, 2011 at the Newport Ultra Cinema at 6PM. This latest offering is by the same award-winning producers of hit TV series The Sopranos, Mitchell Burgess and Robin Green; and the creator that gave audiences iconic TV series Charlies’ Angels, Starsky and Hutch and Fantasy Island, Leonard Goldberg. 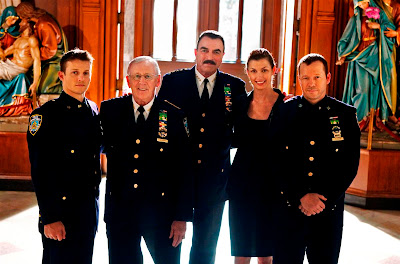 Praised as “one of the season’s five best new shows” by Entertainment Weekly, Blue Bloods has indeed lived up to its promise. The series debut in the United States was CBS’ highest rated Friday night premiere in 6 years! Critics universally praise Blue Bloods for its compelling characters, brilliant writing and engaging plot lines. In fact, the show has done so well for CBS that its shift from Friday to Wednesday nights has been a stellar success, topping its best ratings since its premiere!

A drama about a multi-generational family of cops dedicated to New York City law enforcement, Blue Bloods marks multi-award winning Tom Selleck’s (Magnum P.I., Jesse Stone) return to prime-time TV. The stellar cast of young and seasoned actors include Donnie Wahlberg (Righteous Kill, Band of Brothers), Broadway luminary Len Cairou (Damages, The West Wing) and Bridget Moynahan (Coyote Ugly, Sex and the City).
Frank Reagan (Selleck) is the New York Police Commissioner and heads both the police force and the Reagan brood.  He runs his department as diplomatically as he runs his family, even when dealing with the politics that plagued his unapologetically bold father, Henry (Cairou), during his stint as commissioner.  A source of pride and concern for Frank is his eldest son Danny (Wahlberg), a seasoned detective and Iraqi War veteran who on occasion uses dubious tactics to solve cases.
The sole Reagan woman in the family, Erin (Moynahan), is a New York Assistant District Attorney and newly single parent, who also serves as the legal compass for her siblings and father. Jamie (Will Estes, Reunion, U-571) is the youngest Reagan, fresh out of Harvard Law and the family's "golden boy”; however, unable to deny the family tradition, Jamie decides to give up a lucrative future in law and is now a newly minted cop. Jamie's life takes an abrupt turn when he is asked to become part of a clandestine police investigation even his father knows nothing about and which might have been related to the death of his brother, Joe. Indeed, what sets Blue Bloods apart from the run-of-the-mill cop drama is its focus on blood ties and the clashes that inevitably arise from having a family of cops and a daughter as a prosecutor. As Tom Selleck shared in an interview, “One of the key elements of the show almost every week is a family dinner. Frank is a patriarch of a family… They’re Irish and they’re Catholic and they argue a lot at family dinner but it seems to be one of the favourite parts of the show.”
Blue Bloods’ balanced combination of nail-biting detective drama and family struggles offers rich material rarely handled so well by both a cast of actors and writers. It invites you to fall in love and admire the men and women who struggle in and out of themselves to maintain order in New York City and their families. Sometimes, law enforcement means more than blood ties.
Blue Bloods debuts with a double-episode premiere on: 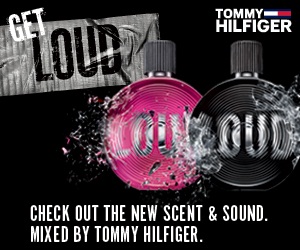 Being Loud would be negative to a lot of people specifically when it pertains to sound. But being loud in terms of personality makes one very expressive and unique. I admit that I am a loud person with the kinds of expression thatI do t get my voice heard. Being artistic, I feel that I feel caged when not practicing my art.  You can notice ha in my works especially in graphic arts. I also love photography which when combined with editing makes a louder impact that my peers would notice. Getting the message accross is also the reason to be more louder for the people to hear. 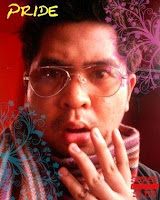 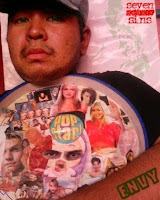 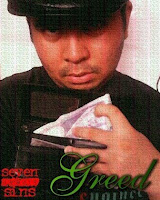 I also do cosplaying, writing, and other forms of art that I always try to discover. And all of these things keeps me active and matains my LOUD personality. 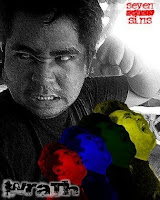 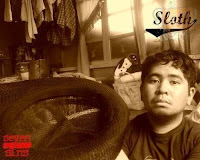 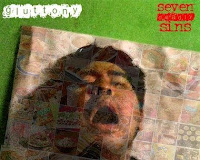 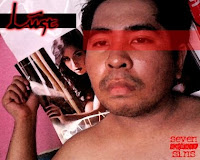 Like me, tommy hilfiger also launched its new line of scents which is LOUD. simple as it looks but contains an expressive scent that no one can resist.

EHIPTO at the Metropolitan Theater This Week!

Don't forget to watch the most anticipated stage play that will happen at the Metropolitan Theater this February 12 and 13 , 2011. What as the Magwayen Creative Scholars' Guild breathe life to the historical Stage venue. See it first! Be there!
By FPJ jr - February 07, 2011 No comments:

What makes me super excited about the weekends? :-D

Weekends are the days that I'm most excited and it shows in my facebook that I always post weekly happenings with my high school friends (we call ourselves four one exclusive).  Yes, high school friends, which means it almost a decade that we have known each other. Most of us are already finished school yet all of us are working now. It has been a ritual of us to meet every weekend, and we always go to a lot of places, a different yet very fun bonding experience every week. It does take the stress away from the whole week of working. 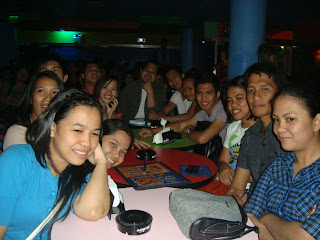 Our group is interesting since there is diversity in personalities and gender. Just for fun, we also incorporate Bekimon languange (gay lingo) into some of the words during the discussions. We will always find a reason to meet, either there would be birthdays, anniversaries, baptisms, funerals (of relatives) and even our own Christmas party! 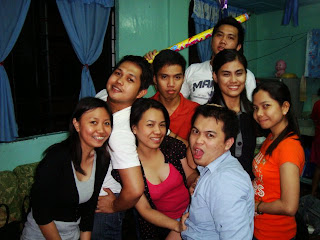 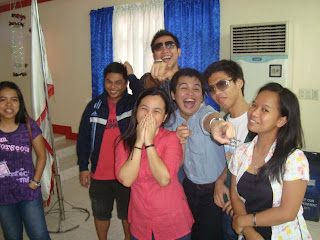 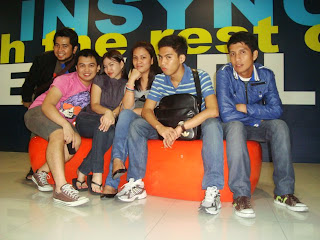 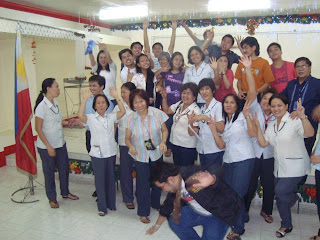 We are very coordinated with all our night outs, it starts with a text brigade that sometimes reaches fifty messages in just a span of 3 hours! Good thing we are registered with unlitxt to we can update each other non stop. I also got into the texting ritual which seems like a chatroom just to decide where to go or what to do. 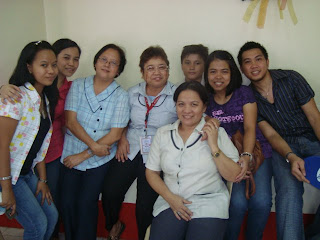 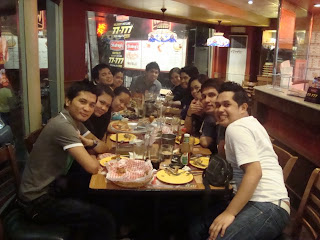 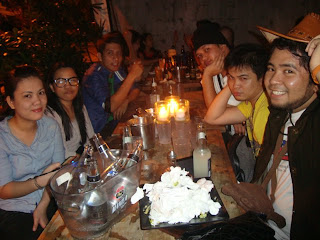 Anything goes with what we would do on that day, we could either have food trips, discuss our experiences and plans that made us realize its already late in the evening! Time sure flies when you are enjoying with your friends. With these meeting we were also to come up with a surprize celebration for our high school teacher last December.  And now, we are also arranging our  vacation in Baguio this February! 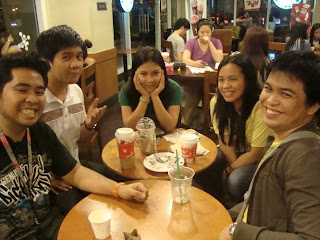 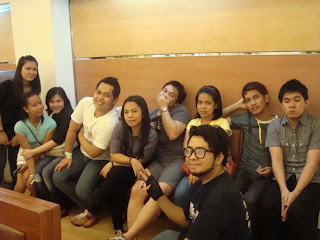 With this we were also able to share our problem to each other and also do the best that we can to help. Having this kind of friendship strengthens our bonds and also makes us enjoy life more. Even if its Monday again, we we always look forward for another weekend and another night of fun and laughs. 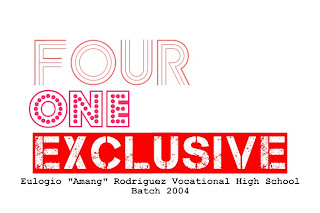 check out more reasons to be excited on weekeds on Az blog!
By FPJ jr - February 06, 2011 No comments: 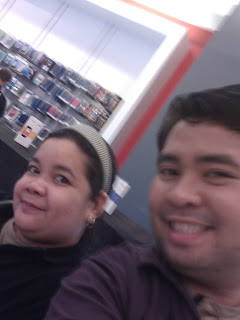 ART IS A BANG: The Joy Luck Club

As the Chinese new year starts, Repertory Philippines shows a one of a kind master piece that is close to our hearts as we, just like the Chinese, share almost the same value for the family. The Joy Luck Club is a novel made by Amy Tan and was made into a film in 1993 produced by Oliver Stone and Wayne Wang. It deals with the lives of four immigrant Chinese women and their daughters who go through challenges in life as well as the Chinese values that clash with the American culture in which the daughters were raised.
Now made into a play by Repertory Philippines, the shows offers an experience of awakening the Chinese in all of us as it it very touching and highly entertaining. Featuring Repertory's Finest actresses and actors it is a must see for all, even you are not Chinese.
Better prepare tissues for the funny and dramatic scenes that are strong and well delivered. The story would also bring you into the rich culture of the Chinese people as it shows a rich heritage and values that they have and how they share it to their families.

Email ThisBlogThis!Share to TwitterShare to FacebookShare to Pinterest
Labels: art is a bang, the joy drum song, theater 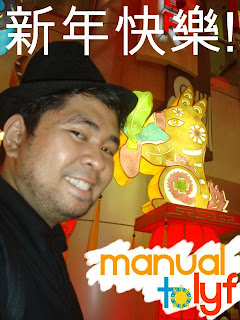 From Manual to Lyf we wish all of you a happy and prosperous New year of the Metal Rabbit! Its now my year and even with signs that could be somehow negative, its still our own hands that will lead us to the success of our endeavors this year. A lot of things are in store for me and for you especially for the blog. So let us celebrate and enjoy another Chinese new year in our Lyf. 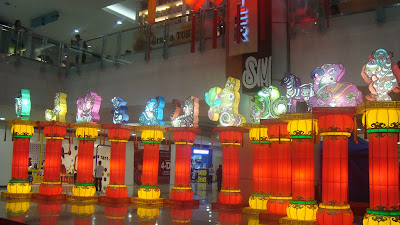 So What Happens To ABS-CBN After March 2020?

People are really talking about what will happen to the TV network ABS-CBN after their broadcasting franchise will expire by the end of Mar... 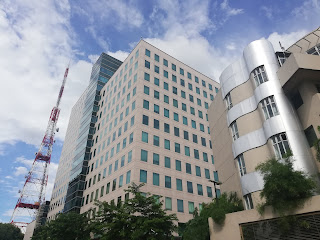