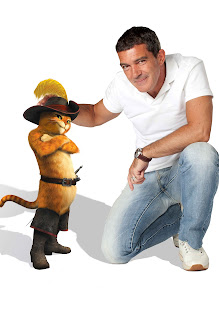 From the outset, one of the keys to the popularity of the character of Puss in Boots was the voice that came out of the outlaw hero—Antonio Banderas.

Director Chris Miller:  “Puss in Boots is played by Antonio Banderas, or is Antonio Banderas played by Puss in Boots?  I don’t know, sometimes it’s hard to tell the two of them apart.  But one thing’s for sure, one could not exist without the other, because Antonio brings such passion to the role.  This tiny little creature should have, you would think, a squeaky voice—but out of his mouth comes this deep sound.  There some real humor created in the juxtaposition of the two.  Here’s this great actor with a massive voice, and he’s voicing this cute, furry animal.  What I love about Antonio’s performance is when he takes himself the most seriously, and Puss is doing something truer to his nature, like chasing a point of light.”

Joe Aguilar comments, “I think the attraction to the character starts with Antonio.  His performance is fun, charismatic, full of machismo, mystery and adventure.  And then, you look at the cat, and then you hear that deep sound coming out of his mouth—you start cracking up and you want to know more.”

Banderas himself says, “He’s such a great character.  There are so many different colors that we’ve been discovering since I started giving him my voice in 2002.  He’s romantic and he’s an epic hero.  He’s got a great heart.  He’s got a sense of honor and loyalty—along with a little bit of something mischievous that I think just adds an edge that is interesting.  The kids love that, too, that side of him.  But when he started in the Shrek movies, we really didn’t know much about him.  He was and still is a bit mysterious.  For me, actually, the character is a dichotomy and that’s what makes him funny.” 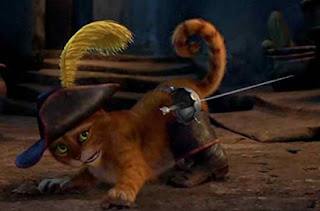 Waxing somewhat philosophic, the actor looks at the larger things that the tiny cat stands for:  “You know for me, it’s not a cat.  For me, it’s a being that has the capacity to express things.  It’s an honor and a privilege, in the very difficult times that we are living in, to have the capacity and the opportunity to make people laugh, all around the world.  It’s a gift.  For almost 10 years now, even from the beginning, Puss started having his own space, if you will, in the American pop culture and then, in the world.  I have seen the effects that the cat produces in other countries, too.  Because I am from Spain, I have also the opportunity to do the character for a wider range of people, around 800 million people more, because I do the character in two versions of Spanish—one version goes to South and Central America, with its special idioms that they use for humor, and then I do a Castilian version for Spain.”

The performer shares a number of skills with his onscreen counterpart:  Banderas can wield a sword (a skill he learned while portraying Zorro in two films), can hold his own on the dance floor (something he demonstrated on Broadway, as well as in movies), and he has more than proved himself able to portray the archetypal ‘Latin lover’ (in film after film after film):  “I am taller, to be certain, but in many ways, Puss in Boots and I are very much alike.” 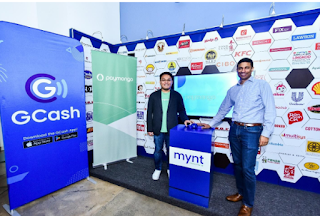