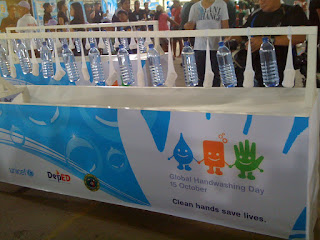 A Nationwide Celebration of How “Clean Hands Save Lives”

This October 15, 2011 marked the 4th anniversary of Global Handwashing Day (GHD) in the Philippines where GHD partners Procter & Gamble (P&G), UNICEF, the Department of Education (DepEd) and the Department of Health (DOH) continued to stress the importance of handwashing with soap during critical times to stay healthy. These critical times are before eating and handling food, after using the toilet, after playing, and after handling pets. Handwashing with soap during these critical times helps prevent diseases like diarrhea and pneumonia – leading causes of death among children. 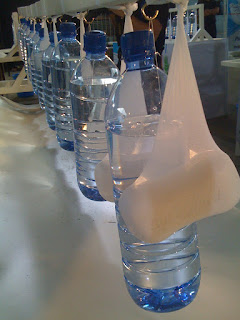 To commemorate its 4th anniversary in the Philippines and to further spread the message of the importance of handwashing with soap for all Filipinos during critical times, P&G through its flagship brand Safeguard, the official soap partner, together with UNICEF, the DOH, and the DepEd held a bigger GHD celebration via the first-ever simultaneous nationwide celebration.

Three main celebrations were held in Manila, Cebu and Davao to remind Filipino families everywhere of the GHD message that “Clean Hands Save Lives”. For this year’s nationwide celebration, the theme was “Pamilya Playtime Para sa Kalusugan,” embodying the importance of children’s play and family activities through a fun-filled morning of games, while communicating the importance of handwashing with soap afterwards to keep kids healthy and prevent disease through a Grand Handwashing Ceremony with hundreds of children. 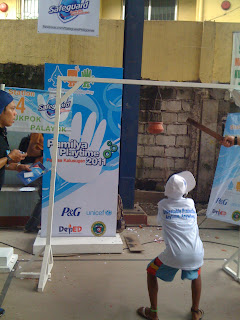 The GHD celebration serves as a reminder to both the public and private sectors to increase efforts in addressing the issue of child health and mortality in support of the Millennium Development Goals.

Children suffer disproportionately from diarrheal diseases – with more than 3.5 million children under five dying every year from diarrhea and pneumonia-related diseases. In the Philippines, pneumonia and diarrhea are the 3rd and 4th leading cause of deaths among children under five, respectively – over 10,000 deaths caused by pneumonia and close to 10,000 deaths caused by diarrhea.

The simple act of washing hands with soap can reduce the incidence of diarrhea among children under five by more than 40 percent, and respiratory infections by nearly 25 percent. 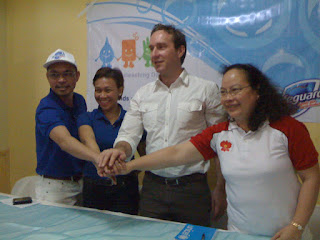 “Young children are often the most vulnerable to the risks posed by poor hygiene as they put their hands into their mouths and are easily infected with bacteria and worms, which deplete the body’s nutrients. Yet the simple habit of washing their hands with soap and water at key moments in the day can prevent them from getting sick with potentially deadly diseases such as diarrhea and pneumonia,” said Tim Grieve, Chief of Water, Sanitation and Hygiene UNICEF Philippines. 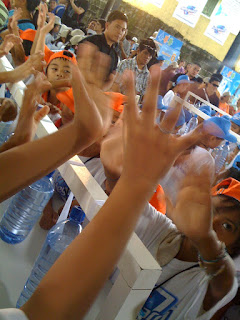 GHD also emphasizes the importance of using soap in handwashing. Around the world, the observed rates of handwashing at critical moments range from 0 to 34 percent, yet rinsing with only water is not enough; soap is needed as it breaks down disease-causing bacteria. 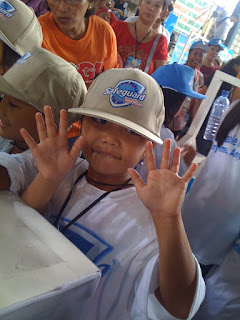 “P&G through Safeguard has always been the champion of the Filipino family’s good health and hygiene. This year, we also found out that while mothers acknowledge that children need to play as a crucial part of their development, they are afraid of the germs that will harm their children. Through Global Handwashing Day, we can remind mothers that they can let their children play because there is a simple, cost-effective way to keep their children protected – through handwashing with soap after play,” Mr. Sotelo explained. 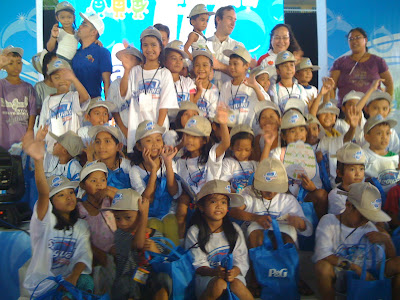 “Even after the yearly GHD celebrations, we continue to support handwashing education through the DepEd’s Essential Health Care Package, and our goal is to reach 1 million children per year for the next 3 years,” he said. 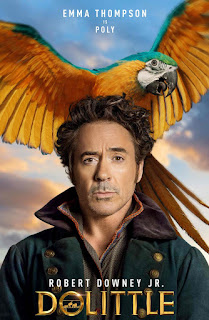